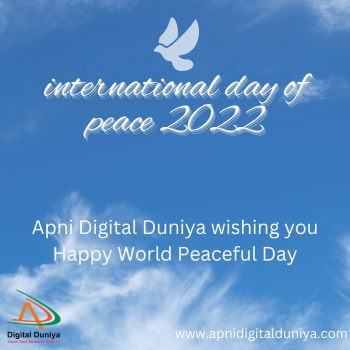 September 21 is observed as the International Day of Peace throughout the world. As the name implies, this day is dedicated to advancing the notion of world peace. But achieving peace requires much more than just putting down one's weapons. The purpose of the day is to encourage peaceful coexistence among people by educating the public on issues related to violence. What you should know about the International Day of Peace is as follows: 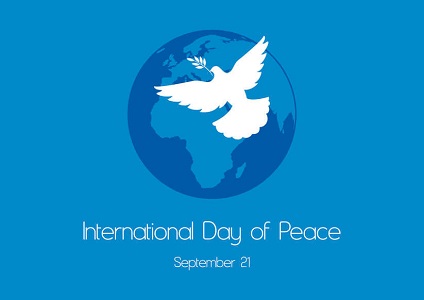 History of the International Day of Peace

The General Assembly of the United Nations unanimously voted in 1981 to establish a day for "commemorating and strengthening the ideals of peace both within and among all nations and peoples."

Following the 1982 celebration of the first International Day of Peace, September 21 was designated as Peace Day. Twenty years later, in 2001, the General Assembly unanimously decided to designate the Day as a period of non-violence and cease-fire, marking a significant turning point.

Meaning of the International Day of Peace

Peace among societies, both within and between nations, leads to inclusiveness, cooperation, and trust. The goal of the International Day of Peace celebration is the peaceful coexistence of people. It is a day of celebration to honour everyone who has worked to create and is still working to create a culture of peace. Every person on earth is invited by the United Nations to work toward a world where peace triumphs over conflict.

Theme for the 2022 International Day of Peace

The United Nations has declared that this year's theme for the day is "End Racism. Build Peace." The UN wants to create a society where everyone, regardless of race, feels safe and can prosper. Fighting racism is the priority in order to ensure world peace, particularly at this time when the pandemic and the wars in various countries that have forced people to leave their homes have caused the world so much suffering.

On September 21, people all over the world observe the International Day of Peace. This day has been designated by the UN General Assembly as a time to strengthen the values of peace by engaging in a 24-hour period of nonviolence and a cease-fire.

But more than just putting down weapons is required to achieve true peace. Building societies where everyone feels they can thrive is necessary. It entails establishing a society in which everyone is treated fairly, regardless of race.

We have observed racial discrimination at borders as conflicts continue to erupt around the world and force people to flee. We have observed that some racial groups have been hit much harder than others as COVID-19 continues to attack our communities. As economies struggle, racial minorities have been the target of hate speech and acts of violence.

In order to promote peace, each of us must play a part. And one important way to contribute is to combat racism.

We can work to undermine the institutionalised racism in our society. All over the world, we can support movements for equality and human rights. We have the power to condemn hate speech, both online and off. Education and restitution for past wrongs are two ways we can advance anti-racism.