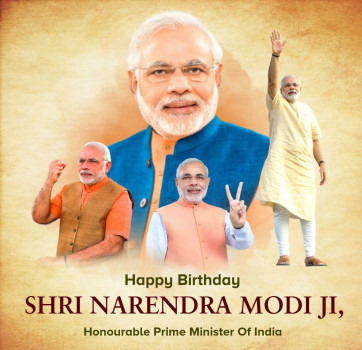 Narendra Damodardas Modi was born on 17 September 1950 to a Gujarati Hindu family of grocers in Vadnagar. At the age of eight, he was introduced to the RSS. He has made the unreliable claim that he was forced to work as a child in his father's tea shop at the Vadnagar train station.

Modi was sworn in as India's prime minister on May 26, 2014, following the massive victory of the National Democratic Alliance, which was led by the Bharatiya Janata Party, in the 2014 Lok Sabha elections. As of December 6, 2020, Modi was India's fourth-longest-serving prime minister and its longest-serving non-Congress leader. 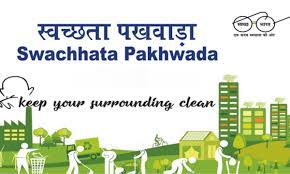 The Bharatiya Janata Party (BJP) will observe Seva Pakhwara for 16 days in honour of Prime Minister Narendra Modi's birthday (service fortnight). PM's birthday is on September 17, thus the BJP has decided to host celebrations from that date till October 2.

The BJP will host district-level exhibitions on PM Narendra Modi as part of the "Seva Pakwara."

Adopt One TB Patient For A Year

In order to adopt a TB patient for a year and provide for their necessities, the BJP has requested the leaders to launch a people's movement in each ward. According to a senior leader, the prime minister has committed to eradicating TB from the nation by 2025.

Programs planned for PM Modi's birthday festivities will include the tree-planting initiative and several cleanliness projects. Every booth must have a video of the tree planting process published to social media and the NaMo app.

The BJP has also instructed the leaders to honour Gandhi's birthday by promoting his beliefs and teachings as well as Khadi.

On September 17, the birthday of Prime Minister Narendra Modi, the Tamil Nadu chapter of the Bharatiya Janata Party (BJP) will present gold rings to newborns and distribute 720 kg of fish, among other things.

Additionally, the BJP encouraged its elected officials to organise a book exhibition featuring a variety of works on the prime minister's social welfare initiatives and workplace culture. The BJP is also developing a plan to promote the book "Modi @20 Sapne Hue Sakaar."